Just want to make a quick recap of my NBS warehouse (VIP Preview) sale experience yesterday in Pioneer, Mandaluyong while my thoughts are still fresh in my mommy brain (and while as I’m typing I can feel backache, lols!). Forgive me, my achy feet and back! I know we’ve just spent the previous day in Kidzania standing and walking for like the entire day.

The preview sale was meant for Laking National Cardholders. You need to bring it for entry, one card is valid only for 1 person. That’s why my Dear Daughter Sofie Sunday was not able to come with me.

I was after the supplies for our Homeschool and Home Office, not really books. I was able to snatch some books though while I was already in line for the cashier, books that people removed from their baskets/did not purchase.

In queue again after falling in line outside the building.

As soon as I entered the shopping area, there were no more carts/baskets. And the aisles were really crowded, it’s like moving through Divisoria/Baclaran when it’s jam-packed with people. I was impressed by the porter/bagger (Hi, Kuya Marvin!  I thought he was just ‘paasa’ LOL!) whom I asked where I can get at least a basket. He said he will just be the one to get/find one for me because they were all in use. So after 20 minutes of gliding through people, there he was with a trolley cart (Really A for Effort for trying to find me)! He also assisted me going outside/and while waiting for Grab.

This is how it looked like inside (around almost 5pm).

Seriously, my first 10 minutes in there I was thinking of going back home because of the crowd and the line. But then I reminded myself, it already cost me time, energy, sleep and money to travel from Las Pinas to Mandaluyong.

Mandaluyong is somehow nearer (from our place) than Cubao or Quezon City where they had sales in the past. Though I wanted to try ordering online, there were negative feedback on their online store (most are out of stock/or out of their N number of orders only few were delivered).

Communicating with my kids via Viber, asking them if they want these. Note this was after I fell in line for payment. You see, you will still be able to browse while in the snake-like line.

And this was the line inside for the cashier.

AND FINALLY MY NBS HAUL!!!

Okay, so I was able to maneuver my trolley and grab some books for me and the kiddos. Hahaha!

Lucky to snatch these, a lady removed it from their basket while we were in line for cashier.

Sofie Sunday and dinoShawn opened these when I got home last night. 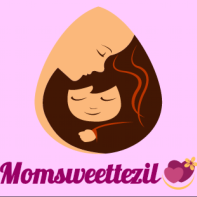 Crochet Therapy: Stitch Away Your Stress

This day is a journey, this very moment an adventure.

Salute to All Animal Lovers